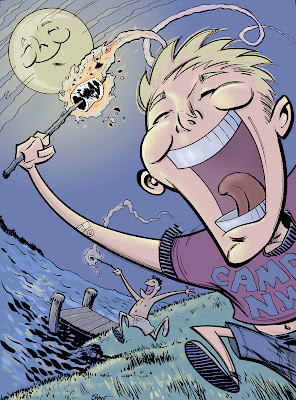 I did this illustration a while ago for Seattle Magazine. The story was about a writers memories of summer camp in the islands of Puget Sound. In the good ol' days you could do whatever you wanted in an editorial piece. In this one I have kid running with flaming sugar torches! More commomnly reffered to as roasted marshmallows. Is it just me or does anyone else kind of see the similarity between a marshmallow on fire and napalm? Both kinda sticky and hard to put out. Great thingfor kids to have while running around I thought. I hope this sort of captured that fun(?) Lord of the Flies vibe.
Live fast, draw hard.
Posted by Stan Shaw at 10:02 AM 1 comment: 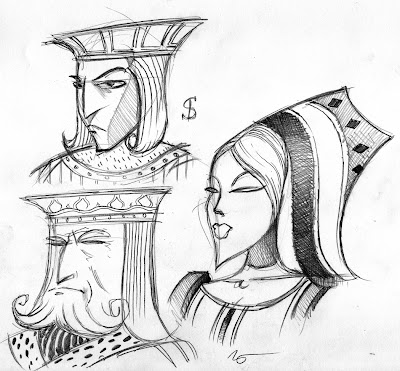 Needed to post and needed to sketch, something! Came up with this idea while doing yoga. It's for the words "Suit" and "Pencil" as part of my first posts to Illustration Friday, and Sugar Frosted Goodness.
Posted by Stan Shaw at 12:19 AM 4 comments: