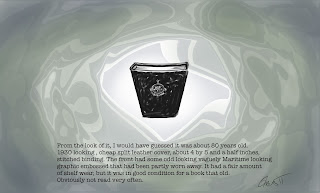 The corporate proprietary work I've been doing for a while now has prevented me from having samples to widely show. What I will show is something similar, "Trapdoors and Whores". 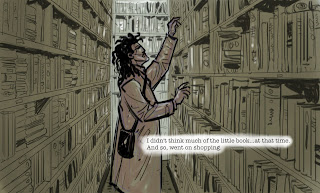 The story is from a germ of an idea I had several years ago of a librarian/investigator who goes after a rare book about Tacoma. So, like the paid work, I was doing I had only hints to go from, leaving a fair amount of room for interpretation. 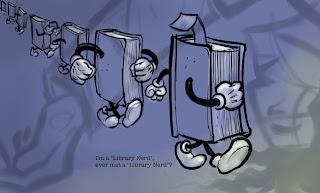 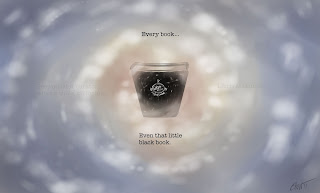 The notions of the Tacoma Tunnels and Dashiell Hammett was pretty cool, so those were tossed into the pot to boil. I wanted to play around with mixing up truth with fiction in a way that was hard to tease apart. That's why the characters are real-ish. To quote Denny Eichorn, about his auto-bio comics, "It's true enough!" 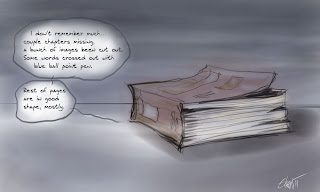 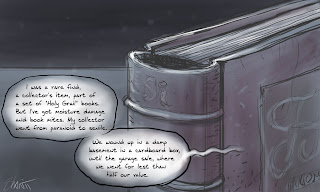 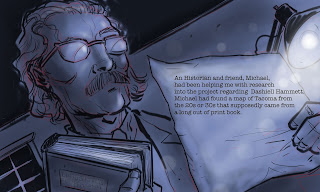 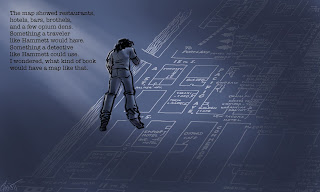 I did all my research on the fly, while doing each frame. I say Frame because, again, I wanted to work in the way I am doing storyboard work. Working out frames at a top speed 50 per day. I set a time limit of 30 minutes for each frame. I forgot to account for writing! That took the bulk of the 30 minutes. This was also an experiment with Sketchbook Pro, to see what the program could do, and delve into other areas that the proprietary work had no reason to go into. 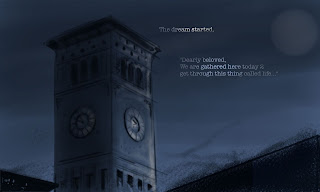 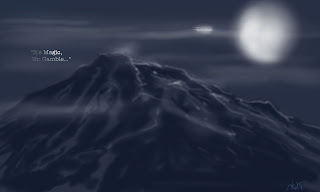 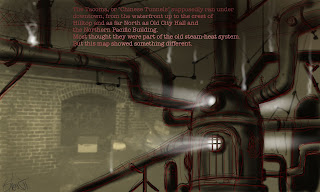 I mentioned the story and that I was thinking of doing it like the  corporate proprietary work, "storyboards", to one of my clients. He replied, "Do it. Start today, no roughs no character sketches, just go." Why not!? 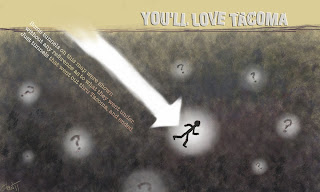 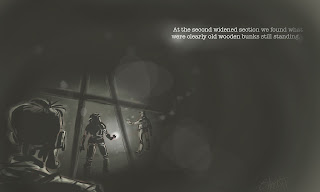 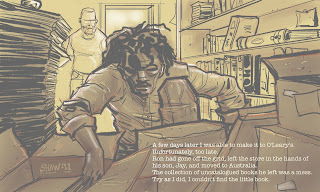 Some frames were good,
some, not so much. 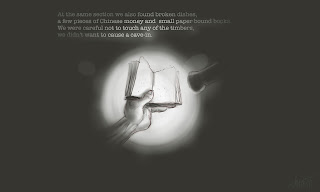 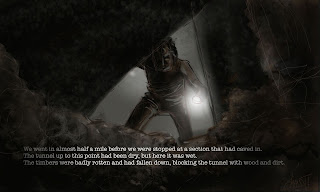 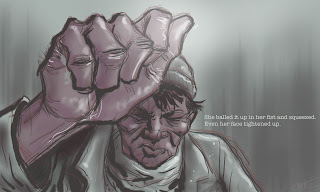 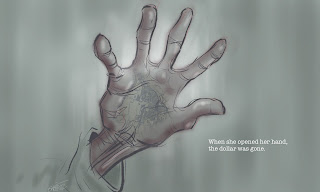 So for 59 days (nights actually, I wound up doing them just before bedtime!) I carried on this nonsense. It showed some strengths and weaknesses. It also helped revitalize the corporate work I'm doing now. 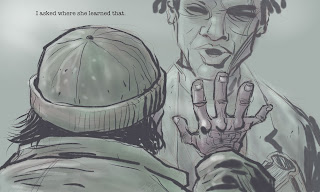 These are a few of the 59 frames, sort of randomly picked.
I feel it's time for another romp!