Isn't it nice when blogs have recent updates?
So, what have I been working on lately (or since June!) well…
Top Secrety Storyboard Stuff: Shhh…trust me it looks cool!
Mogo Charms: Two waves, (a wave being a group of charms.) The charms are for pre-teen/tween-age girls and boys. I did about 12 sets of three. Including a commemorative set for the Royal Wedding. It's the smallest art I've ever done, one quarter inch in diameter! Most people would not know I've done quite a bit of work for the tween-age girl market!

Morty G. Filtercat for Filter Talent: I was brought in to do ideation, character design and assets for Filter's Holiday website, I wound up doing the animations as well. There were nine animations each about 12 seconds long, one for each cat life, and a resurrection animation as well. Plus the cool cat skullz icon. This is the kind of stuff people think I do. Blowin' up cats, tons o'fun!! 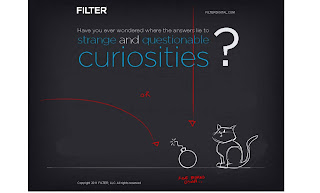 Friendly Neighborhood DrawVatar: Worked two events drawing live for Filter! Geekwire Launch Party and the Seattle Interactive Conference. I designed and illustrated the DrawVatar logo, which got me a free lab coat! "Don't forget to tip your illustrator." 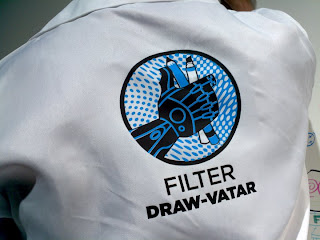 Masque of the Red Death: Added color to the black and white version of the story I adapted for Graphic Classics. Also illustrated the back cover. This adaptation was originally in black and white, so I made the black work as red and all the compositions are based on positive and negative space. It was quite a challenge to come back to it and add color, without screwing it up. 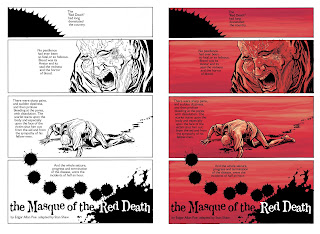 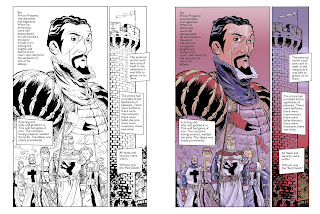 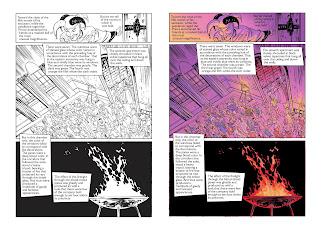 The Negro: Two page adaptation of the famous Langston Hughes poem for African American Classics. This was and experiment in completing the art as vector, textures and all. Developed this as an in-class demonstration while I was teaching Design at Pierce College. The challenge was in using this to show off various tools in Illustrator and not have it look all "vectory". I wanted to show my students how to make subtle use of some of the more overlooked and powerful vector tools. I created patterns, imported textures, and adjusted attributes to give the pages a natural African art look and feel. 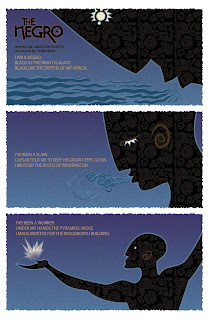 Fart Proudly: Another adaptation/experiment (!) this time of Benjamin Franklins letter to the Royal Academy of Brussels. Taking into account Franklins wit and sarcasm, this was done as if he had his own daily political comedy show.  Again, I was making use of some under appreciated tools in Illustrator. Also showing how carefully setting up a file at the start can make working quick and give the art a cohesive and distinct look. This is to be published in "The Graphic Canon" from Seven Stories Press. 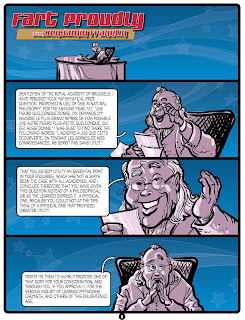 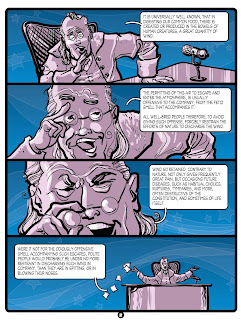 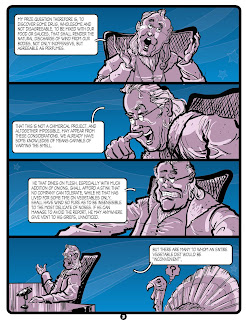 Also started and completed (yeah!) a little experiment, "Trapdoors and Whores" on my Facebook page. It was quite a fun experiment using the methods from my storyboard work. Many thanks to the people who liked it. More on TDAW soon in my next post…really!
Posted by Stan Shaw at 5:29 PM No comments: