Illustration out of context: Bennifer 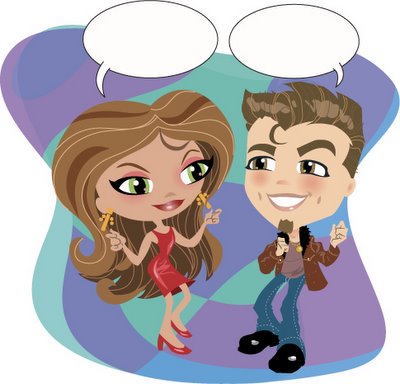 I did this while working on the Secret Central website. I was doing still art, animation backgrounds and Flash assets, then got into designing characters that were not part of the line of dolls. After getting the style down, the evil crept in and as a lark I did this piece to send the team.
Always, the style and context of an illustration play a large role in how we read/understand the illustration. Put in another context, a certain style brings a whole new meaning to the illustration.
By the way, the deal with the word balloons was a contest to see who could come up with the best lines for Ben and J-Lo. Feel free to post your own dialog…now that they are splitsville..
Posted by Stan Shaw at 5:44 PM