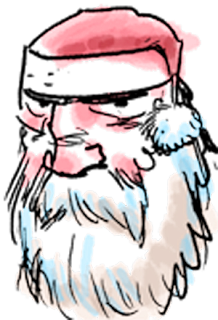 Last year because of a typo I made I did a drawing I used as an email signature, "Stanta". Which I can't find. Over the years I have done relatively few Santas. This year I decided to have some fun and do a few more. The first one, above, was a quick run at another email signature image. I had in  mind a photo my old studio partner had of a a New York City cop, dressed as Santa, loading his revolver. 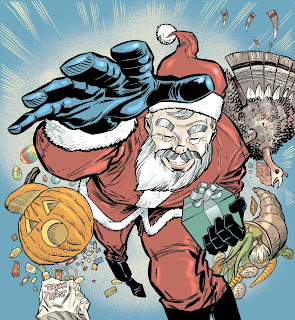 I was not going to do a comic book version, I had done that for the local paper some years ago. 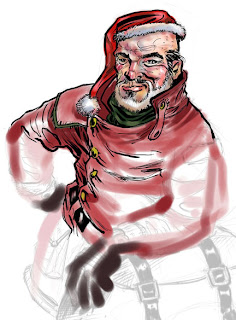 The first Stanta for 2009. Just a quick drawing in Sketchbook pro, that turned into a Sean Connery. The main goal with the Stanta's was to have fun. I wanted to do each in a different style or technique and play around with the look of Santa. 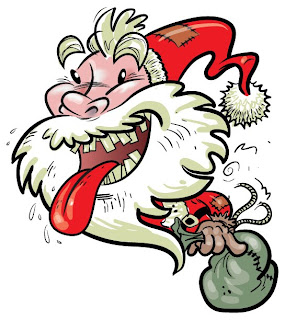 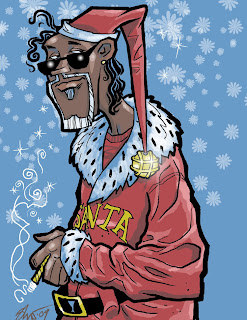 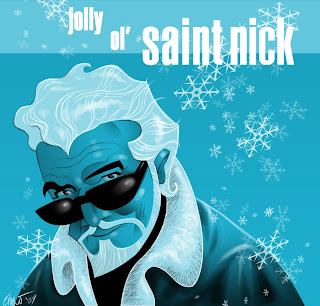 Only got four done. Not bad, each is somewhat of an experiment. I had fun and learned a bit. Hope people got to enjoy them. I think I have a new Holiday tradition.
Posted by Stan Shaw at 12:02 AM