It takes a Village… 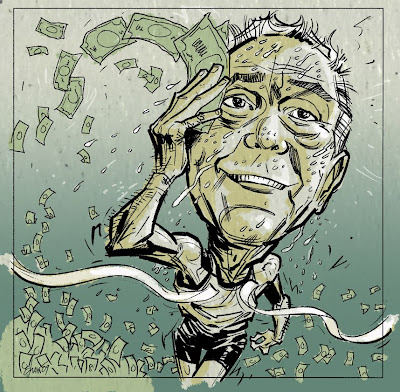 It takes a Village to get me back to my blog! I find myself going to the blogs I frequent and seeing no new posts, then I say, "Man, why no new posts!?" Then I realize that I have a few followers who might be saying the same thing. So here we are! I have been working. Most of it has been on secret or proprietary stuff that I can't show, yet.
One project I did, again, Top Secret storyboards. (not in the film sense, more in the business meeting sense.) It was so secret that I didn't know where I was going until the morning of the meeting, no topic, no names until I was on the road. The pay was good and so was the food, as was the location. I drew for 8 hours, with a lunch break, uploaded my files and was done.
Another job was toy presentation art, that's anew one. The toys do not exist and there were no real drawings of them, just sort of "napkin" quality doodles from which I had to create "almost 3-D" drawings.
Then there's training comic book for medical professionals/technicians. I'm inking that in Illustrator. At some point in the project I should post about how I'm inking digitally. I love a real brush, but I have inked several illustrations in Painter, Photoshop, Sketchbook Pro and Illustrator. Each app has it's good and bad points. Which brings me around to The Village…Voice that is. I'm still doing the Robbin's column, so let's roll on the one from last week.
I start in Sketchbook Pro doing a few roughs for concept. I can email from the app or call the Art Director to discuss concepts. The topic for this was a fund scandal involving the city comptroller and Peggy Lipton, "Julie" in the original Mod Squad! 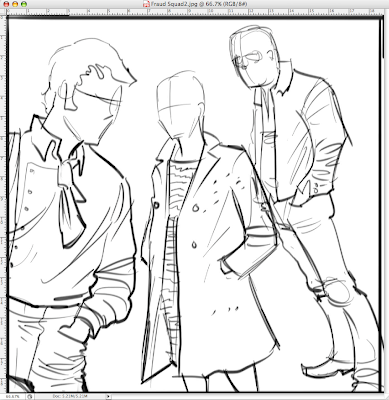 There are/were three major players in the scandal, but they only wanted to focus on two, and I HAD to draw the pose "Link" (Link, Pete and Julie! get up on your Mod Squad!) was in! So… 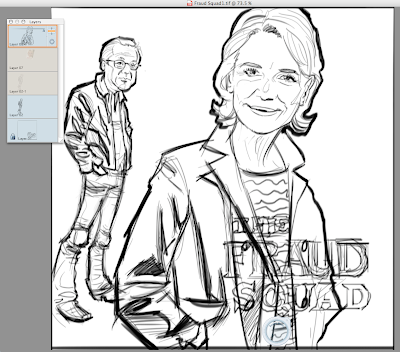 After the rough I move to Painter, where I "ink" the art. I still do love inking conventionally, but I have a thing for what I call "The Impossible Brush." The ink never runs out and you get to Command Z any messed up strokes. 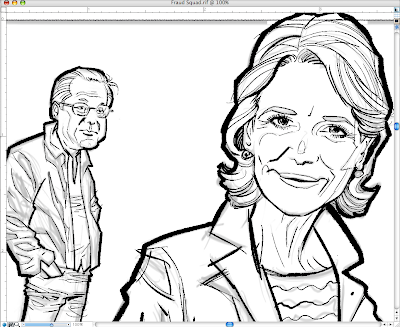 Then, over to Photoshop for the colors. I could color them in Painter, but Photoshop is better and faster at total image manipulation, and I'm used to the interface. 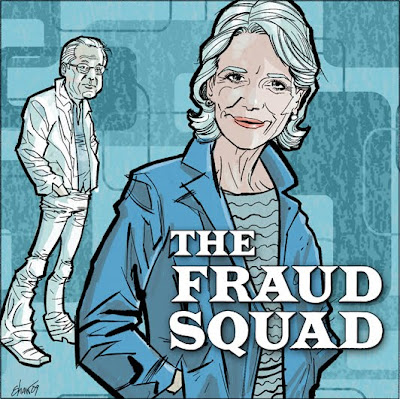 Colors and textures are added and for this an additional mod background and type.
The type was done by "The In-House Art Director" and is in the same style as the Mod Squad opening credits. A soft drop shadow helps it separate from the illustration. The blue-ish color is kind of 2000-ish, and not fitting with the TV show, but I used it to differentiate from the previous weeks illustration.
It's not as "hip" as I wanted. Looking at it now, some oranges and yellows would have been nice. Perhaps a solarized or posterized look. This concept was a straight ahead mash up of what is and what was. (Now that sounds Mod.) 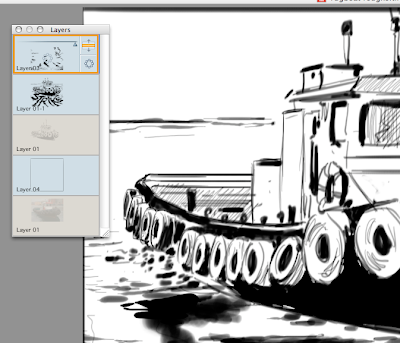 For the NYC Tugboat Strike the concept was more metaphorical. My original idea was to use a version of Tommy the Tugboat, or more like his New York cousin, who's on strike. The AD didn't think there was anything funny in the article so we were going to go with a straight shot of a tug with a strike banner. I though the banner would be too small to read and then had the Eisner-esque idea of putting it in the water. 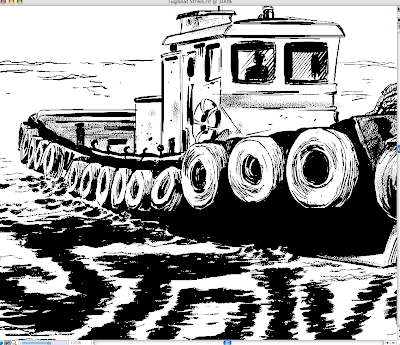 Whompped it up in Painter with "The Impossible Brush"… 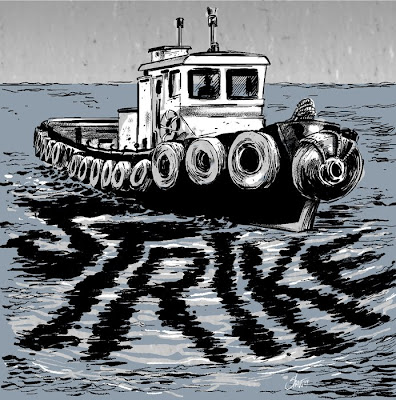 …and then colorfied in Photoshop.

I'm trying to break myself of the horrible tendency to work zoomed in. You wind up putting in to much detail, making "hay" and wasting time. I like to look at the finish as the file icon in my finder window. I use a reducing glass when I work conventionally.
Just finished this coming week Village Voice illustration, another Bloomberg. I'll eventually post them all here I think. The next project to finish is the comic book inked in Illustrator, that and yet another secret project!
Posted by Stan Shaw at 9:25 AM