On-Model, a philosophy of line

I had a good start for this post but, well… Anyway there are few challenges more exacting for a cartoonist than staying on-model. Sure it's one thing to draw your own character consistently. That's more like getting your own signature right. But staying on-model, whole different thing. It's more than just imitating a style. Often you are tasked with creating art with the character in a new pose or setting, that doesn't yet exist.

I've had the great fortune to work on at least there cool on-model projects.  (These illustrations being one.) Cartoony characters are the toughest. You can't hide differences in a field of lines (or "hay" as the old times used to call "hatching".) like you can with comic book characters like Batman, Superman or Hay-Bale Man. There are fewer lines so each misstep is apparently out of line. 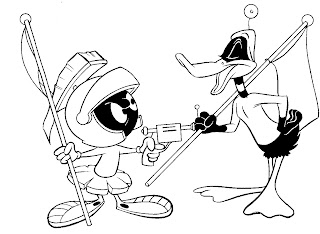 There is lots of information on breaking down characters to their basic shapes so you can get a better understanding of them and how they work in 3 dimensional space. But, I think it also helps to understand where the character comes from, it's ancestors, what the original cartoonists were trying to do, and how they worked. 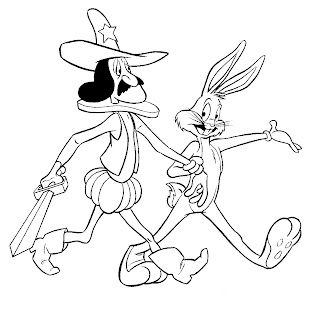 Some things that help keep you on-model are mistakes made early on, short-cuts taken by previous cartoonists and just plain effects from they way they are drawn. Like the character said, "I'm not bad, I'm just drawn that way." 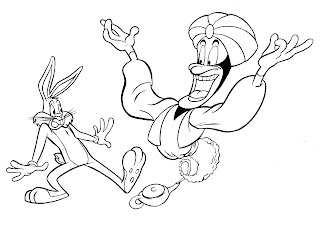 For me staying on model is more about getting into the head of who (years of other cartoonists,  a current cartoonist, or a model sheet) and trying to let it flow from there. Like a cartoonist profiler! This goes beyond shapes and form because you want the art to have some life. 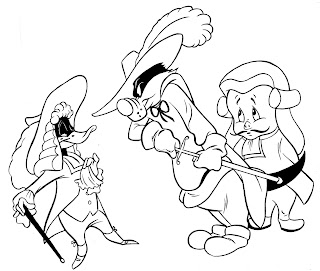 When the drawing is done, it's fun to look at and see a favorite cartoon character, in a new pose or setting that you created and realize you made it from scratch. And it looks like the real thing. At least that's my philosophy.
Posted by Stan Shaw at 3:19 PM

I have never been very good at staying on model, but I find it makes the story flow better. I was reading a book called Cages, by Dave McKean, the illustrator who works a lot on Sandman, and for every panel the lead character looked different, so I couldn't finish reading it. Thanks for sharing.

Nick, That was some of his post Sandman work. Just to speculate but McKean may be working in a away the stresses layout and mark making over strict character designs. He's a good draftsman and may have had in mind a general likeness for the character. Which if you think of the character design as a series of abstract marks in a group, gives you more freedom at the expense of a recognizable person. But then, I love his work.

I've presented you with the Versatile Blogger's Award for your work here. Your thoughtfulness and creativity and wit are deserving of recognition! Thank you for sharing your wisdom with the rest of us!
Visit my 09-28-2011 post to see more about your award.
--Kathryn