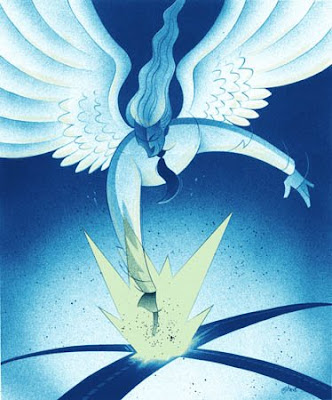 This illustration received a nice post on the blog of Jürgen Mantzke, the art director of Lore magazine. This illustration was not used. Rarely do I have an illustration "killed". Of those killed only one other have I liked as much as the second go 'round. More often the two attempts are extremely close in concept. This time however I liked the second attempt which was way different from the first. As you can see. 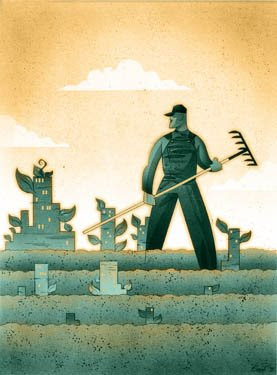 Both concepts were sound, the second coming on recommendation from the publisher. It created some interesting creative hurdles. Both illustrations were done in black and white airbrush with color added digitally. It's wild to think that both illustrations were based on the same article, about the same man. That says something about the power and life of an illustration despite the words that it's tied to. A good lesson about something we sometimes think of as conversely subservient or self serving. That, or they could just be pretty pictures.
Posted by Stan Shaw at 6:38 PM

They both look powerful, i think the top one is more intense though- perhaps because of the color?...